Alert: As a Vocaloid singer, Yan He might not be appreciated by specific groups of audience. By continuing you state that you have well understanding of what Vocaloid means and it is you that choose to continue. You may want to leave the page if you feel uncomfortable now. 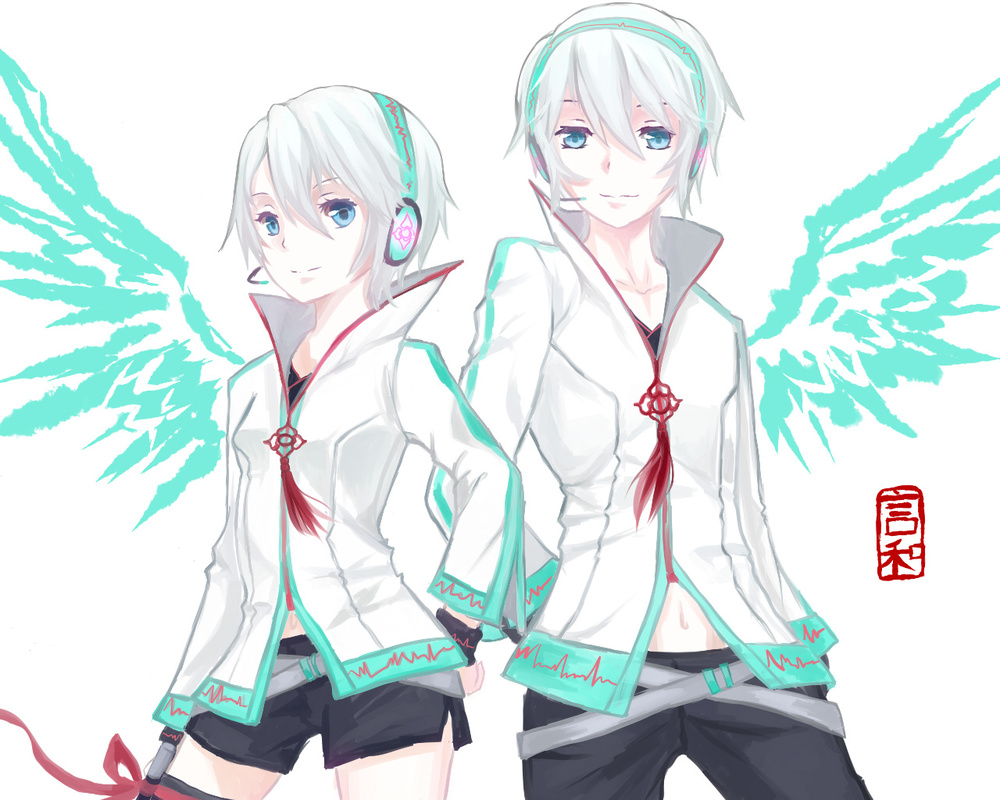 Yan He is a Vocaloid voicebank designed for Vocaloid V3 and was released by Henian, the very same company that released Luo Tianyi in 2012. By far Yan has registered on Netease Music and, thanks to the Vocaloid community and various lovers, has produced dozens of songs. You may see the songs list on MoeGirl Wiki here (Scroll to the bottom and unfold the Yan He section there).

Yan was designed to be a 170-centimetres-tall girl born in 11th July with white hair and blue eyes. Though she is a girl she sings as if she's a boy. She is sometimes used by some video makers as a boy, for instance in this one. She is said to have both a sharp look and a mild mind being a boy-like girl. Her neuter voice sounds crisp and clear with unique characteristics and is able to handle different genres of music, like rock, electronic, Chinese antiquity, etc.

In fact, the reasons why Yan He isn't welcomed by some groups of people lie in the facts that:

Her birth itself remains controversial

To start with, Yan's birth itself is a controversial point. YAMAHA began developing Vocaloid compositor in 2000 and released Vocaloid 1 in 26th February, 2003 [1]. When Vocaloid was advertised in China, Shanghai Henian Ltd. was the agent of the "Vocaloid China" trademark. Henian then developed the character settings of five Vocaloid singers including Luo Tianyi, Yuezheng Ling, called the "Vocaloid China Project" and released the Vocaloid voicebank of Luo Tianyi. However, the copyright of these five virtual singers, according to prior signed contracts, belonged to YAMAHA. So in order to develop its own Chinese Vocaloid characters, Henian had to set up an entirely new figure. That was why Yan He came into being. Besides, they also registered a new trademark of their own called "YANHE PROJECT" in order to distinguish her from "Vocaloid China Project". And the image of the new character came from the public instead of Henian itself! The problems lie in that:

Some settings of her upset the audience

Well, Luo Tianyi is well known because she loves eating steamed stuffed buns, which is all right, but when things come to Yan He it seems a little strange and emm... interesting. Apart from the settings mentioned above, Yan He has a bunch of strange characteristics that also confuse and upset her audience, including:

Anyway, what the hell did those Henian guys do when they built Yan He...

About Ren Li and his (then) Henian Shanghai Ltd

Back in the year 2014 when Ren Li was in charge of Henian, the company started finding vocal sources for their then WIP virtual singer, Yuezheng Ling on the internet. The official Sina Weibo account of then "VOCANESE" posted a notice on Sina Microblog and received tremendous support from netizens. There had been over two thousand reposts and nearly 800 comments under that thread. Henian received about 400 submissions from various Weibo users, among them there was an online singer named Qi Inory, who also submitted her work to Henian. Later on, however, a Weibo user named 発光P argued on Weibo that Qi Inory was assigned as the vocal source of Yuezheng Ling directly and that all fans are fooled by the company, they even got all of their contracts signed.[3][4] Henian also posted on Sina Weibo saying that the selection processes were transparent without issues and that employee circulation is a normal phenomenon in all companies, and that all people at Henian work overtime were just because of pure love of Vocaloid China. In a word, Ren Li denied every accusation towards his company.

There are two threads on Baidu Tieba, this one and this one, briefly pointing out what was happening.

Some employees of Henian also posted on Microblog quipping about their boss not providing them salaries: 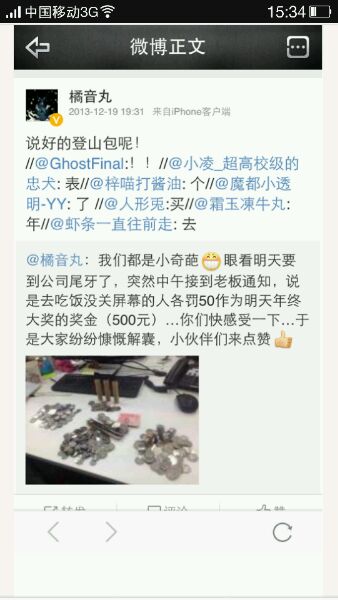 "We are all strange enough huh... As the end of the year approaches, we received a notice suddenly from our boss ordering that those who turned to lunch without turning off computer screens should be fined 50 yuan RMB so as to fund the end-of-the-year bonus, 500 yuan in total... Come on and like this thread, my friends...

The article pointed out that many professional artists and technicians were leaving the company, and that there were only some 10 people left.[3]

So why did Henian lack money so desperately?

Well, it is again this people named 発光P, who posted an article saying that Ren Li did the following when he cooperated with YAMAHA and Mercury when they made Luo Tianyi and Zhiyu Moke:

There were problems related to Henian's profiting models

Generally, Vocaloid corporations in Japan would do the following things in order to make the profit out of virtual singers:

While Henian did the following:

As Vocaloid 4 is already released by YAMAHA, all 5 members of "Vocaloid Project" got their voicebanks updated to get compatible with the latest compositor. Yan He, however, doesn't seem to be getting any update. Her version was stuck to Vocaloid 3.

According to publicly accessible data on the internet, Ren Li left Henian in 2015 (he has not been on the shareholder's list of Henian since then), and in 2016, Henian was acquired by Guangzhou Aofei Cultural Media Ltd (who operated ACFun) and Shanghai Hode Information Technologies Ltd (famous for running Bilibili).

According to information on Moegirl Wiki, it was not until July 2015 before Yuezheng Ling was publicly released. So it was Bilibili who took over all the mess and built Yuezheng Ling into shape.

Conclusion - neutrality of tech, and why do we love Yan He, despite every negativity above

Technologies are tools in general. It is those people who do evil deeds or get corrupt when implementing various technologies. In many occasions, we are just coordinating with other people instead of tampering with machines. As for those virtual singers like Yan He, Luo Tianyi and stuff... What do they know at all? They are just joining different syllables together and trying to produce enjoyable songs. They are just purely innocent...

When things come to virtual singers, a listener is at his/her most relaxing state. He doesn't have to conceal his feelings of love to his idol, or to pay attention to things like his idol is having affairs with other people, taking drugs, having moral issues, acting against the law or stuff like that. All things he needs to do is to just sit down and listen to her songs. Or, if he is more a tech-savvy he would like to sit in front of his computer and compose songs by himself and enjoy pure happiness and his own sense of achievement. Isn't that gorgeous and amazing?